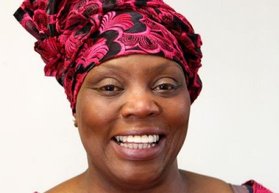 An inspirational motivator that has spent tireless years re-educating and pushing the Equality agenda, within the Criminal Justice System and the wider community.

She is the co- founder of Nexus a representative network that brings various organisations together in partnership to look at Equality in practice, in line with the ‘protected characteristics’ of the Equality Act 2010.  She specialises in all things equality, including Safeguarding the consciousness of the African perspective.

She is the founder of Ebony and Ivory Community Organisation supporting the development and aspirations of Young people from African descent in various levels of education, employment and life choices. To date she has helped well over 500 people and deterred around 25 people from entering into crime.

She established the Stockport Race Equality Partnership and also advising on race equality for the GMP independent advisory group (2004-2018). She sees herself as an ‘everyday change maker’ She said that she intends to add value to ‘BURN’ particularly exploring the fragmentation of service provision for Black Communities, their Well-being, and the impact on lost identity.